TL/DR: scroll down to the photos - remember to click 'em to see 'em larger.

Although only recently home from a multi-day trip to Colorado to see and photograph the golden aspen (blog post yet to come), I wanted to make an autumn color day trip either to Jemez for aspen or the Manzano Mountains where there are wild maples. Forecast was for nice weather on Wednesday, but for high winds the next day which could blow the changed leaves right off the trees, and a big temperature drop the day after that. So this day would be good.
Called the ranger stations in the morning - Jemez district office reported aspen are mostly green, try next week; Cibola reported maples at the renown site, Fourth of July Campground, were around 50% and changing quickly, they recommended I go this week or the weekend.
So, the Manzano’s it was - a location SE of Albuquerque, about an hour and a half drive. I gathered my stuff up, making sure camera batteries for my landscape camera were charged. Took I-40 east through the canyon and turned south on NM-337 in Tijeras Canyon. As I came through to the east side of the mountains there were raptors overhead. I hoped I wouldn’t regret leaving my long lens at home… then it hit me. I had left my camera bag at home with my DSLR and lenses. D’oh.
I was more than halfway there. No way I wanted to turn back... Well, I had a couple third-party camera apps on my phone that claimed to save RAW images, though I'd never used that functionality. Seemed better than abandoning the mission.

NM-337 ends at NM-55 where I turned west. In the village of Tajique, I took the gravel road A-013 northwest into the mountains. It's about 7 miles to the campground and trails. I passed the first parking area and parked at the end of the lower loop.

I sat in the truck cab to configure the main settings of the app. They were confusing with options I didn’t fully understand and I was anxious to get going. I finally selected "save jpeg + dng". Setting focus, exposure, and shutter speed were somewhat the same as the native app, but different and the modes seemed to change as I went along. Confusing, but I muddled on.
The trails at the renown site were OK, maybe less than 50%, so I thought maybe it didn’t matter that I’d forgotten my camera after all. I left there and continued up the road toward Torreon, past the sign “Not Suitable for Passenger Cars” and found a few areas with more color. The road became very rough about 2 miles past the campground, so I turned around. On the way back I saw a place to turn off and park. I walked up the trail signed as Cerro Blanco and OMG, that was wonderful. Took lots of photos up there.
I flew the drone a bit, too. Coming in from the highway I could see large bands of maples high up the mountain side. I had hoped to photograph those from the drone, and did, though the density of color was not as great as it had seemed from afar. I've included a two exposure panorama, below. 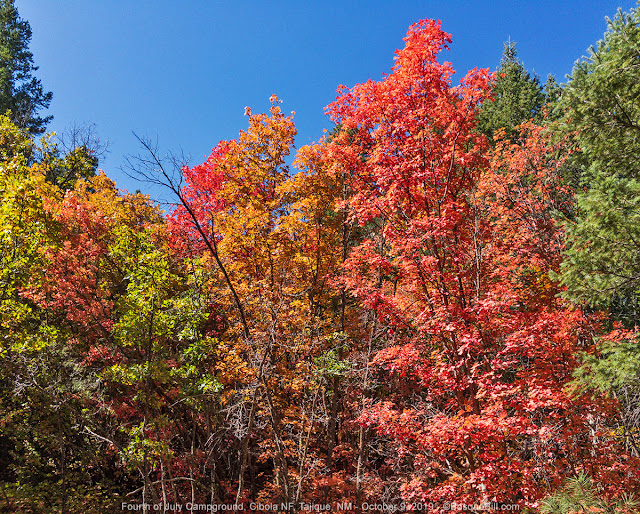 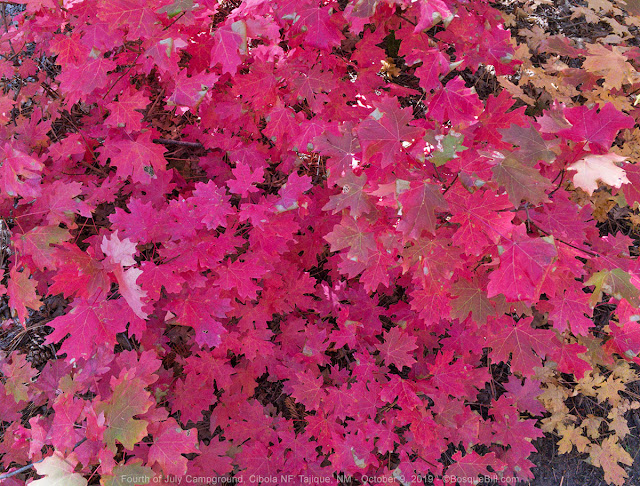 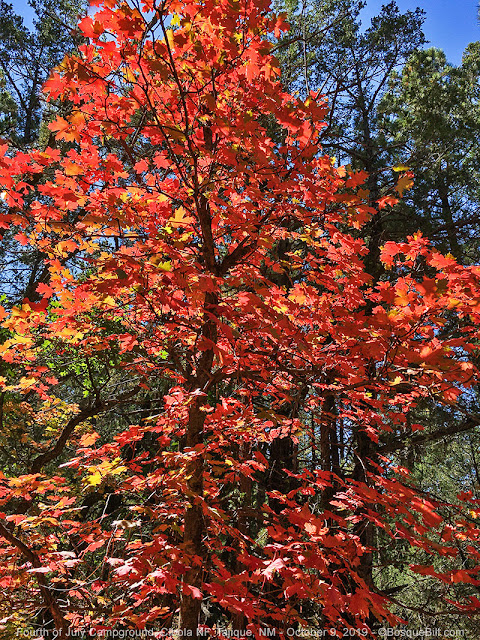 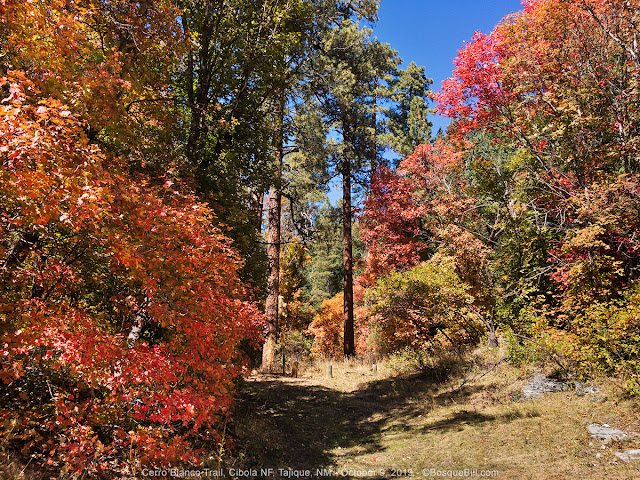 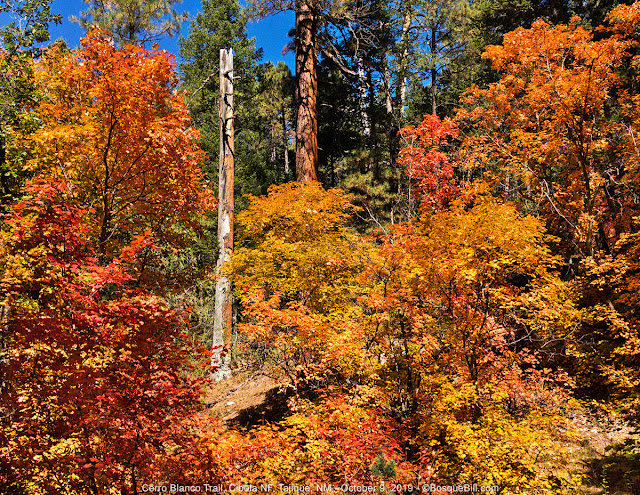 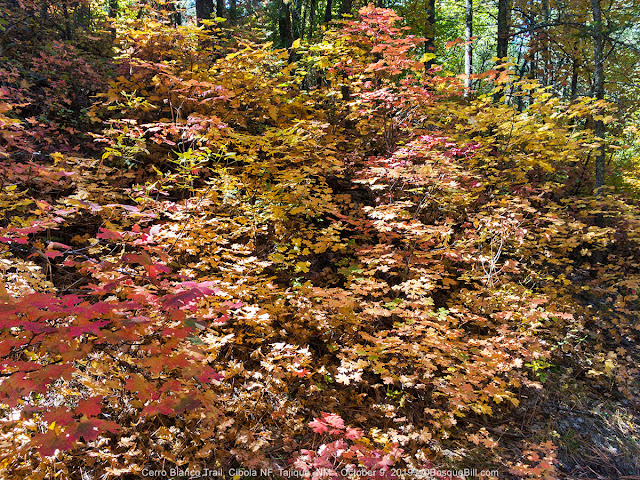 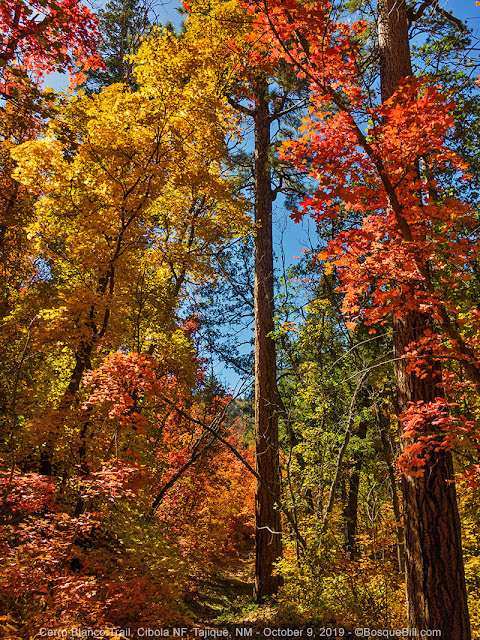 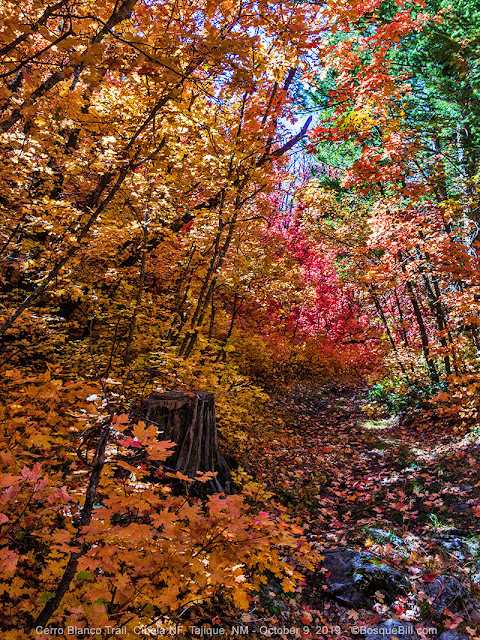 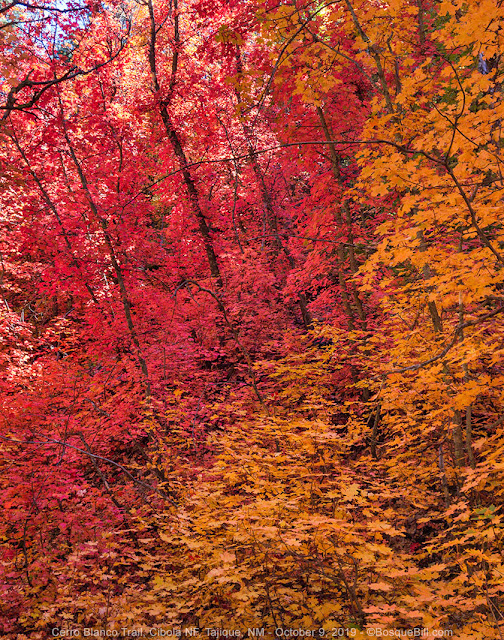 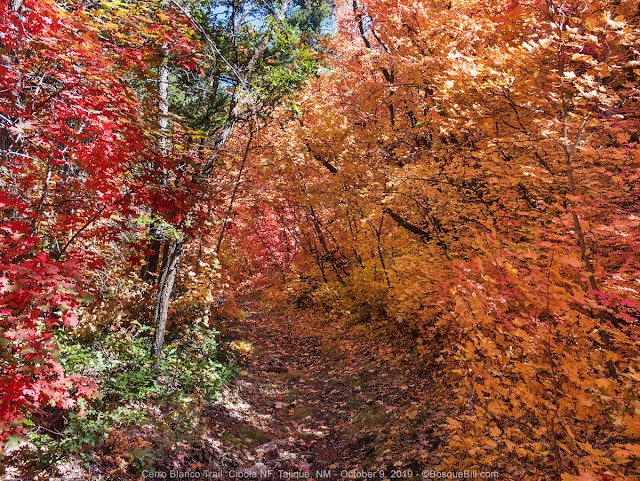 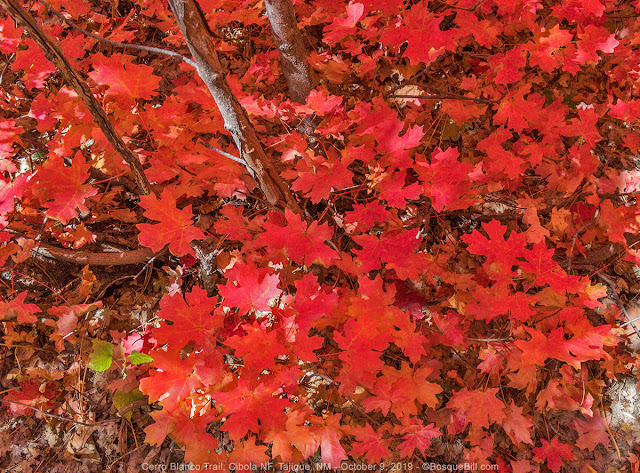 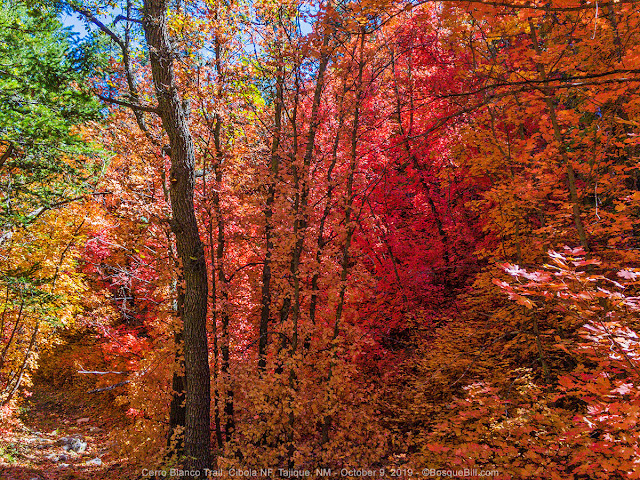 Thanks for visiting. I hope you enjoyed the photos.